The World's Story 3: The Modern Age

Students will study the Age of Explorers through the modern day and learn all about the wars, revolutions, and culture changes that defined these times. 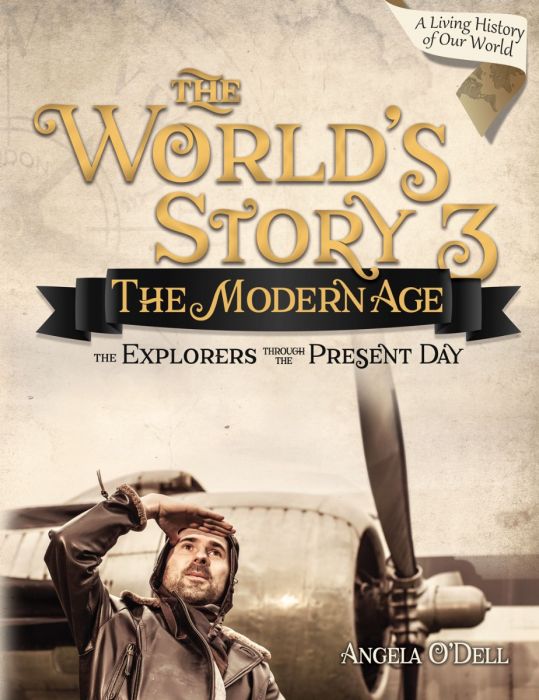 This thrilling history book teaches students about the growth of our world, from the first explorers to today’s modernized world. Set sail with Christopher Columbus, Ferdinand Magellan, and others as you follow this story-based approach on your journey to modern times, visiting the sites of major wars and revolutions and tracing the rise and fall of various nations.

Volume 3 in this series for junior high students includes:

In exploring this course, students will see how God used people to expand and advance our world. They will learn about the discovery of new lands, the development of new technology, and the constant cultural struggle among people of all ethnicities. They’ll also study how modernization has radically changed politics, economies, cultures, societies, and worldviews all around the globe!

Additional Information
We Also Recommend
Reviews 14
Write Your Own Review
Only registered users can write reviews. Please Sign in or create an account