The debate to determine whether or not creation is a viable origins model in today's modern scientific era!

This item qualifies for FREE Shipping! 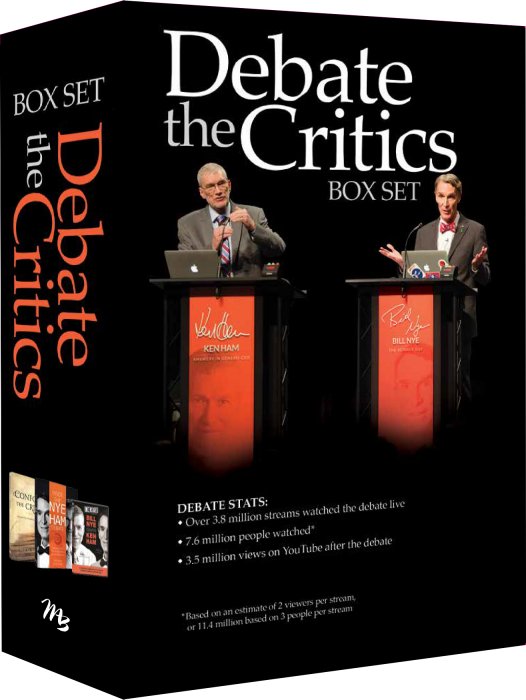 Are you ready to Debate the Critics?

With millions watching on February 4, 2014 the debate between “Bill Nye the Science Guy” and Answers in Genesis founder and president Ken Ham focused attention on creation and whether or not it is a viable model for origins in today’s scientific era. This event echoed the worldviews at work in our lives today and put two of the most unique and recognizable speakers on stage to answer the tough questions of both science and faith. Now you can have a powerful set of resources to help you learn from the informative event!