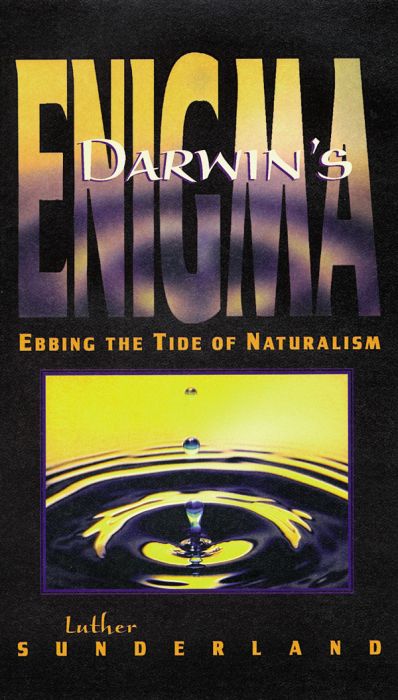 Evolutionists have long known that Charles Darwin's original argument against his own theory - that a lack of fossil evidence of transitional forms would reduce him to an embarrassing footnote in history - was screamingly true. No legitimate fossil evidence exists that shows one species changing into another.

This startling realization led Luther Sunderland to an exhaustive search of the subject, and his findings show clearly that evolution is a theory in disarray.

From his own interviews with leading evolutionists, and an examination of the fossil evidence, Sunderland shows that the Enigma of Darwin's anti-God philosophy is that the facts show it is anything but rock-solid.

Before is death in 1987, Luther Sunderland had garnered the respect of creationists worldwide for his investigative writing of the evolution controversy. After obtaining an engineering degree from Penn State University, Sunderland spent 30 years developing automatic flight control systems for the General Electric Company. DARWIN'S ENIGMA remains on intensely popular work on the theory of origins.