This Biblical Archaeology (Teacher Guide) contains materials for use with The Archaeology Book, Unveiling the Kings of Israel, and Unwrapping the Pharaohs

Features: Each suggested weekly schedule has five easy-to-manage lessons which combine reading, worksheets, and vocabulary-building opportunities including an expanded glossary for The Archaeology Book. Designed to allow your student to be independent, materials in this resource are divided by section so you can remove quizzes, tests, and answer keys before beginning the coursework. As always, you are encouraged to adjust the schedule and materials needed to in order to best work within your educational program.

Workflow: Students will read the pages in their book and then complete each section of the course materials. Quizzes are given at regular intervals with space to record each grade.

Lesson Scheduling: Space is given for assignment dates. There is flexibility in scheduling. While each quarter has 45 days of assignments, they do not have to be given M-F. Some students may prefer to do more assignments each day, allowing for breaks on other days. Each week listed has five days but due to vacations the school work week may not be M-F. Please adapt the days to your school schedule. As the student completes each assignment, he/she should put an “X” in the box. 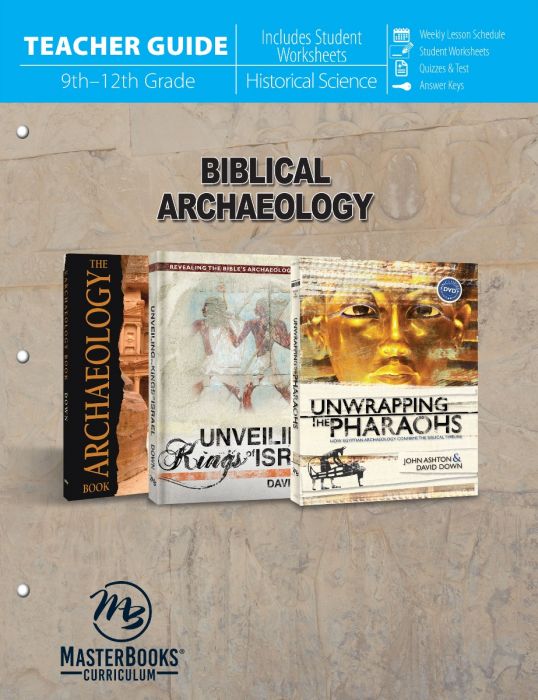 This is the suggested course sequence that allows one core area of history to be studied per semester. You can change the sequence of the semesters per the needs or interests of your student; materials for each semester are independent of one another to allow flexibility.