Explore an unparalleled academic chronology of both sacred and secular history in James Ussher’s literary classic, Annals of the World. Ussher is one of history's most famous and well-respected historians who wholly devoted himself to the defense of the Christian faith. Dive into his encyclopedia of ancient world history from beginning-of-time to 70 A.D. and discover true accounts of the people and events that shaped the world and contributed to the rise and fall of nations and ancient civilizations. 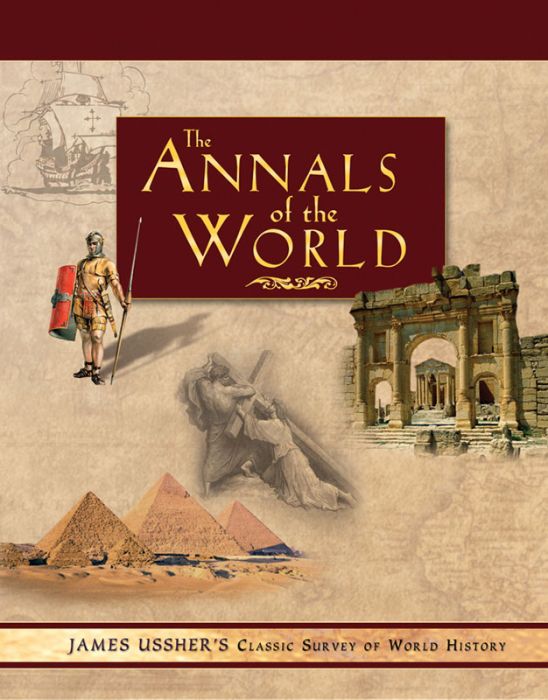 If you enjoy history, then you're going to love this fascinating survey of ancient world history! James Ussher's Annals of the World is a historical chronology of the ancient world from the beginning-of-time to 70 A.D.. With precise accuracy, Ussher gives us the true accounts of the people and events that shaped the world and contributed to the rise and fall of nations and ancient civilizations.

Those who don't learn from the lessons of history, are destined to repeat it. James Ussher's Annals of the World is a treasure trove of information and historical take-aways. More than just a book of history, this masterpiece is a work of history.

A literary classic restored. Originally published in Latin in 1650, this literary classic is a virtual historical encyclopedia of the ancient world that offers an unparalleled academic chronology of both sacred and secular history with information and footnotes that might have been lost forever. In 2003, it was given a complete scholarly review for accuracy, translated into English and published for the modern reader.

One of history's most famous and well-respected historians. James Ussher devoted himself wholly to the defense of the Christian faith. This highly educated and well-traveled historian devoted several years to writing this monumental history of the ancient world.

A must-have for libraries of all sizes. Universities, public and private schools, professors, independent scholars, and pastors will find this to be an invaluable historical resource