Men and women through the decades have died and prayed that our flag would always continue to fly with honor. This is the story of our flag and a remarkable painting honoring those who have made American great! 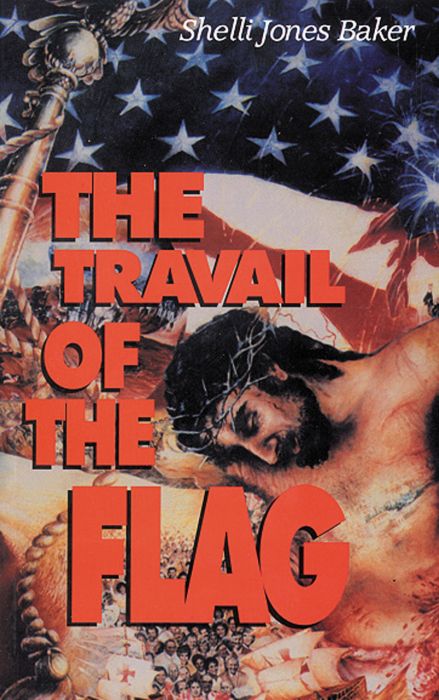 Skip to the beginning of the images gallery
Product Description

In 1989 the United States Supreme Court made a decision that forever redefined free speech in America.  On that day, despite the untold numbers of men and women who have fought and died to see the United States flag remain flying high with honor, the court justices ruled that burning that flag was a constitutional right.

Led by the Lord, Dr. Shelli Jones Baker responded by painting a magnificent mural of our flag flowing from the pierced side of Jesus Christ, depicting step by step the way God has shaped this mighty nation.  In Travail of the Flag, Dr. Baker walks the reader down the path of conviction and inspiration that led her to create this incredible mural.  Her message: America is far too young to die but she is not invincible.  This nation can and will fall if her people do not repent and return to the Father who allowed it to be!